Is Windows 10 S Right for Your business? 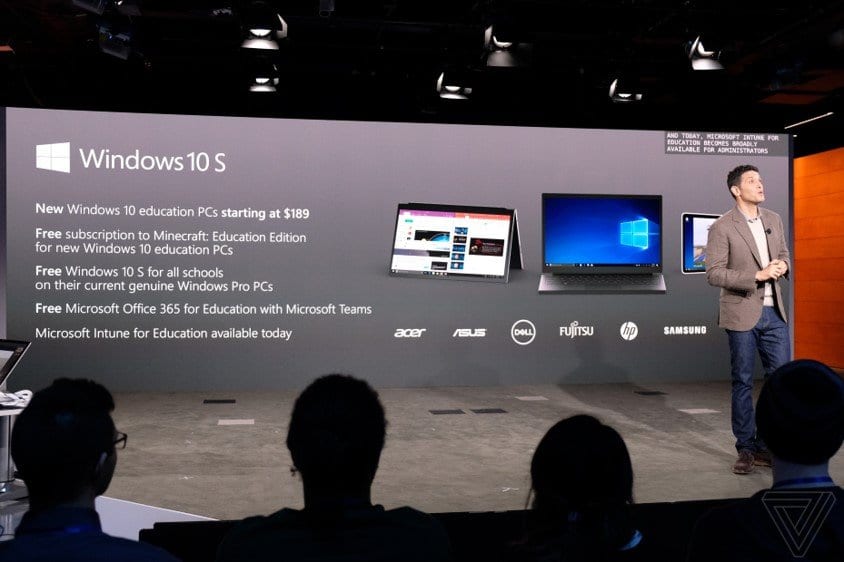 Windows 10 S: the future of Windows?

We’ve heard a lot about Windows 10 S recently. Longtime Windows analyst Paul Thurrott has gone as far as to call it the future of Windows. It’s true that Windows 10 S is Microsoft’s best attempt yet at leaving behind the cruft of Windows’ past and turning Windows into a modern, secure, and high-performing operating system to rival Google’s ChromeOS and Apple’s iOS, but is it something you should consider for your organization?

Windows 10 S is based on Windows 10 Professional, so it has full support for Azure AD domain logins (but not on-prem), Windows Update for Business, Mobile Device Management, Bitlocker, and other pro features. It’s designed for corporate and academic use, so you’ll be able to manage it mostly like you do your current fleet of Windows PCs.

What makes Windows 10 S different is that it only runs applications from the Windows Store. At first blush, that sounds like a severe limitation, but consider for a moment what that means. Windows 10 S is faster, out of the box, than Windows 10 Pro because it doesn’t have to load several services required for running classic Win32 or .NET applications. It requires fewer resources, which means you can buy machines with smaller SSDs and less RAM at significant savings. Remote setup and recovery are far easier because all applications come from a single online source. And the system is far more secure because you know that everything on the machine has been vetted by Microsoft as safe.

Currently, a lot of big name apps–including the full version of Microsoft’s own Office–don’t run on Windows 10 S, but that is changing quickly. Through Microsoft’s Desktop Bridge technology, many vendors are wrapping up their legacy Windows applications as APPX packages for the Windows Store. Office will be available later this year, as will iTunes, Spotify, and big name apps from Adobe. By making this push, Microsoft has shown that they’re serious about the Windows Store, and they’ve made it easy for developers to get their apps in the store without rewriting them from scratch.

The Downside of Windows 10 S

Tthere are limits. Microsoft has confirmed that for security reasons, Chrome will probably never be approved in the Windows Store. In fact, Windows 10 S locks your default browser to Edge and your default search engine to Bing. There is no way to change either short of upgrading to Windows 10 Pro and giving up all the unique advantages of Windows 10 S. And a lot apps will likely never be ported to the Windows Store, including proprietary line of business apps so many companies depend on.

Windows 10 S probably is the future of Windows, but for all but the most forward-thinking, cloud-based companies, it’s probably not the present. But make sure you keep an eye on it, because eventually the pros are going to outweigh the cons.