The Office 365 Exchange Online Protection (EOP) team has been hard at work on new features that reflect Microsoft’s continued commitment to provide advanced security, reliability and protection of your email, and a simpler and more efficient user experience for email admins. Today, they announced seven new EOP features, including:

The new scheduled report feature is easy to set up on the Office 365 portal for EOP or Exchange Online customers.

To get started, go to the Office 365 portal and click Reports, then select the type of report you want to schedule. From the report page, click Schedule this report. It’s that easy! You’ll find more information about scheduling EOP reports and the customization features that help you obtain the specific data you need here. 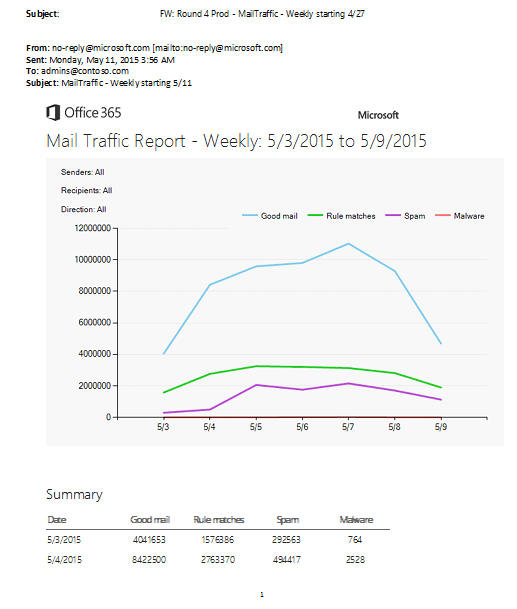 Scheduled EOP reports are delivered to your inbox on the day of the week or month you specify.

The second new reporting feature enables admins to assess email traffic at the domain level through PowerShell. For large customers with many domains, this feature makes it easy to view domain-level aggregation of mail traffic. To obtain mail traffic breakdown by domain, use the ‘Domain’ parameter with  Get-MailTrafficReport and Get-MailTrafficPolicyReport in PowerShell. More information about domain-based email traffic support is available here.

The process for EOP or Exchange Online admins to block or allow emails from an individual sender or an entire domain has been made simpler. The new simplified block-and-allow lists replace the need to write a complex transport rule to bypass spam filtering or modify the Spam Confidence Level for a sender or domain.

Located in the Spam Filter section of the Office 365 Exchange Admin Center, you’ll access this feature by clicking the Protection link, making it easy and intuitive to find. There, you can create, edit and maintain block-and-allow lists for senders and domains.

Simplified block and allow is currently in preview with first-release customers and will be deployed worldwide by the end of the month. 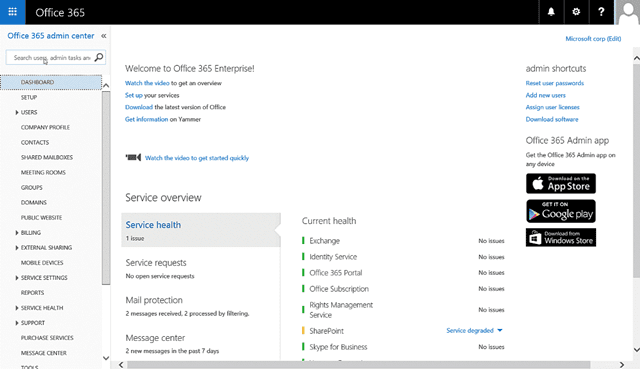 Two months ago, the bulk release feature was released, which has received widespread positive feedback from customers. Now, admins can quickly and easily select up to 500 quarantined messages to release or not release, which can be especially helpful in addressing large email campaigns. The bulk release feature can be accessed either through the Office 365 quarantine area or via PowerShell.

Backscatter spam—when you receive a non-delivery receipt for an email that a spammer sent using your forged email address—is a growing source of irritation for end users and a challenge for email admins. There are two new backscatter spam protections: