In a continuation of my previous adventures with removing Bitcoin malware described here, I ran into a vastly superior method of hijacking your CPU power to mine cryptocurrency. In the past, we’ve seen a ton of typical malware running EXE files in plain sight with very easy removal steps and no sophistication whatsoever. This is very different. 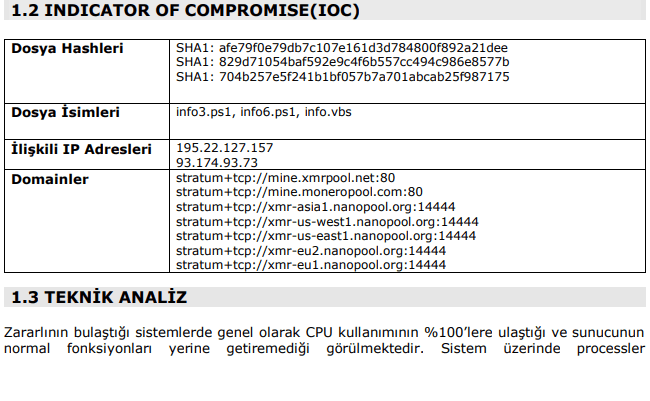 Normally you’d look for an EXE file that is causing excessive resource consumption and attack it from there. Good luck doing that when the file is powershell.exe.

You could just disable PowerShell altogether. This may be an OK workaround on a workstation, but If you’re on an Exchange server or a DC this will literally break everything under the sun. And in case you’re wondering, changing PS Execution Policy AFTER you’ve been infected does nothing.

As usual “procexp64” from Sysinternals is your first weapon of choice. We’re going to do 2 things with it:

The first picture above prints out the commands being used to mine; the output is very sparse though, and you can tell right away variables are being chained and obfuscated using text encoding. Take a look at that big red arrow in the screenshot, looks familiar? Long story short Powershell has the ability to parse Base64 encoding and a few clicks later we have insight into everything the software is up to.

Source Code posted here is provided for reference. It has been modified and key parts removed to prevent this malware from being re-used.

Number 1 priority is to cut off network access to the command&control system. This is important because the command and control can issue any instructions to your server. If the attacker gets tired of mining crypto currency with your servers, they could very easily set off a ransomware infection. Or just delete all your files.

Number 2 priority is to cut off network access to the ‘mining pool’. Mining in itself isn’t harmful to your systems in any way, it merely consumes LOTS of resources which in turn is crowding out legitimate windows processes and causing them to crash.

Number 3 priority is actually removing the infection. This will have to be a future blog post as it is an adventure in itself.