When An iPad Pro Is Not Enough 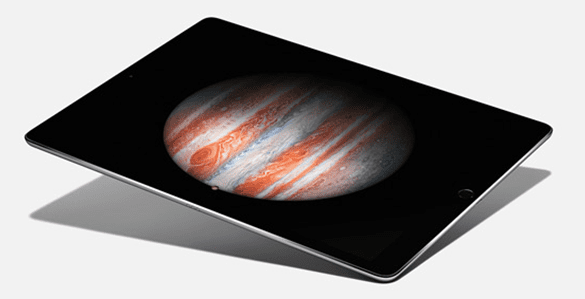 While the iPad Pro is a great client for Microsoft services, not everything works as well as it should. Fortunately, there’s an app for that.

I’ve talked before about using an iPad Pro as my only computer in my job as a Windows systems administrator and helpdesk. Recently, I pushed that even further, and found out there are limits to what you can do with just the device itself.

My biggest problem was Skype for Business. S4B has come a long way from Lync, but the iPad app is still problematic at best. It doesn’t support split-screen multitasking, and its reliability in taking calls when in the background is suspect. I got it working for about a week, and then for reasons no one can explain it stopped providing audio from the caller over any Bluetooth headset I tried.

There are also several apps that don’t work very well with the iOS version of Safari. Zendesk, our helpdesk app, refuses to render correctly on the big 13″ iPad Pro screen, blowing everything up to unusable bigness even if you explicitly ask for the desktop version of the page. This is made worse by the fact that Zendesk’s iPad app hasn’t been updated for iOS 9 and not only doesn’t support split-screen, but also shows everything at iPad Air size, including the giant Fisher Price “My First Keyboard.”

I also need to run a VM in order to use the VPN a client requires to connect to their network. But if I host that VM on our ESX server, as soon as I connect the VPN, it drops the RDP connection. It didn’t do that when I ran it in VMware Workstation on Windows.

But I still want the simplicity and portability of the iPad Pro. Fortunately, I have an out.

I’ve mentioned Jump Desktop before. This RDP and VNC app really saved my bacon. It does support split-screen, and even dynamically resizes the remote desktop to fit. And in that remote desktop session, I remote into the Dell laptop sitting in a docking station two feet away. On that Windows 10 PC, I can run the Windows version of Skype for Business (connected to my wireless headset), Zendesk in Internet Explorer and any VM I need to run. I can also access web pages that require Flash and anything else the iPad can’t do.

For most of my job, I still prefer the iPad. It’s powerful and simple to use. It stays out of my way, something Windows machines have never done. But I work with Microsoft services, and this RDP bridge gives me a way to do everything I need to do on the hardware I prefer.