What Did ‘Back to the Future’ Get Correct and…. Not Quite Correct? 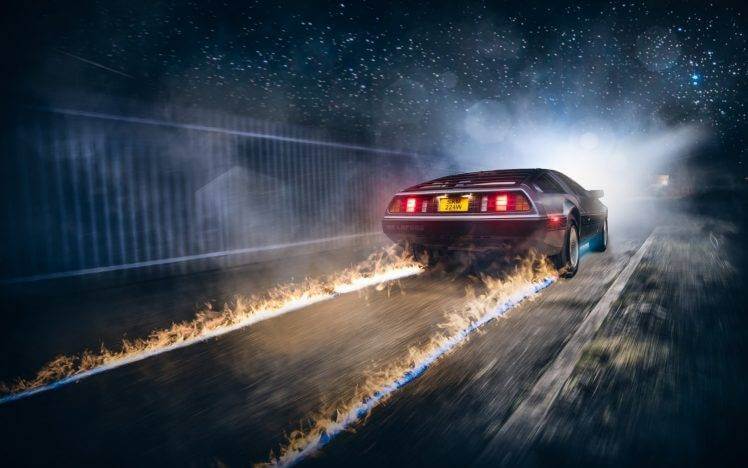 The Back to the Future series holds a sentimental place in my heart. Watching those movies when I was a child are some of my earliest memories. I was amazed at the idea of time travel and visiting both the past and the future. My favorite installment of the series was the second movie, where Marty and Doc travel to October 21st, 2015 for the first half-hour or so of the movie. In fact, I watched the first few minutes of the movie so many times as the ideas of what might soon be our own reality blew my mind—flying cars, self-tying shoes, hands-free arcade games, automated dog walking, video calling, etc. For a fun spin on this blog, I will look back on these fond memories and see how well some of these technology predictions have aged.

Let’s look at a few of the things the movie got right—either entirely or in a general sense.

Remember when Old Marty gets on the line with Needles and gets ‘FIRED’?!  I remember thinking back then how cool it would be to be able to make a phone call and actually see the person you’re speaking to. In the case of Old Marty, that was probably a call he would have rather not had.  But for someone like me with most of his family on the other side of the planet, it would be amazing! Now, several years since the movie, there are several ways to make a video call—Facebook Messenger, Google Hangouts, Facetime, SnapChat, and (a favorite of ours) Skype for Business. To take it a step further, don’t stop at a simple one-on-one phone call, feel free to add a couple hundred others and get going with a video conference.

At the 80s café Marty visits, one of the first things he sees is a group of kids at his favorite arcade game, ‘Wild Gunman.’  The kids from 2015 have no idea how it works, and when Marty offers to show them how it’s done, the kids scoff at him asking, “You have to use your hands?!”  Much like the future in the movie, gaming has evolved quite a bit since the Nintendo with wired controllers. There are several systems now that incorporate motion controls where you use your body f to manipulate what is happening on the screen in front of you. Taking it a step further, virtual reality is becoming more and more commonplace, being used for both entertainment and business purposes. Throw on a VR headset and you can be in the middle of a space battle piloting an X-Wing in Star Wars: Battlefront.  Or, you can take that same headset and virtually walk around a conference arena, seeing exhibits and displays as if you were there.

In the same café, Marty is approached by a screen with the dueling personalities of both Ronald Reagan and Max Headroom looking to convince him what to order. This technology has also come to fruition in a number of ways—Siri, Alexa, and Google Home, amongst others. Like in the film, later tonight I can walk in my front-door and ask Alexa to place a delivery order for me to Pizza Hut. I can grab my iPhone and ask Siri to call a buddy of mine or ask her to plot the best route home considering traffic. Also, looking specifically at restaurants, many places are incorporating touch-screen menus where you’re able to order what you’d like without having to wait for a server.

Everywhere in the movie there flat-screen TVs on walls, used as billboards, and in Old Marty’s home where it moves from one wall to another like a picture frame—or more appropriate to today—like the LCD or plasma screen TVs that are now commonly wall-mounted.  These are now the only options you’ll see for televisions while shopping. Long since gone are the days of ridiculously heavy tube televisions. In the same scene where the TV is moved from one wall to another, the screen is on and split into six sections, alternating between hundreds of channels to show what’s on. It Looks as if Robert Zemeckis was onto something here as well, imagining that decades later, the average number of TV channels would be up around 200 vs. the 18 that was the average in 1985. Keep in mind as well that this is looking only at the traditional cable or satellite method of getting channels. Nowadays, there are so many other—and arguably more convenient—methods of getting video entertainment, like Netflix and Amazon. So much so, that the newest trend the last several years has been to ‘cut-the-cord,’ and begin using these methods exclusively.

Now there’s definitely more to be looked at and picked apart, such as hoverboards and flying cars.  While these aren’t identical to what we saw in the movie, there have been tests and production models made of both. There seems to be a way to go before these devices become commonplace. In the movie, we also see Marty’s clothing, which is able to automatically adjust its size and dry itself off. Fortunately, or not, these have yet to see the light of day. Perhaps this is best as there should be some things we do for ourselves—but that’s a whole other topic.

Finally, in my opinion only of course, another unfortunate non-occurrence is Jaws 19. The Jaws series only saw a total of four movies, with the last debuting in 1987.  All-in-all though, it does seem like Back to the Future had a good idea of where we would be today.